IT’S CRAWFISH SEASON! It’s been awhile since our last post – it BITES when “real life” gets in the way of fun. Here in Louisiana, we have a lot of traditions when it comes to the Lenten Season and most people’s favorites is the a crawfish boil! The boil can be for many reasons: Fridays during Lent, group gatherings to have a good time, or like this weekend – a baby gender reveal. We had an opportunity to share in this joyous occasion with some great friends who were finding out what gender their first born was going to be. In true Louisiana form, they used an extra crawfish pot filled with pink balloons to reveal a baby girl!

There’s no right or wrong way to boil crawfish. Each person grew up differently from the other when it comes to boiling. But we all know when you boil crawfish, you boil it in the seasoning here in Louisiana.

But in this post, we aren’t going to talk about how I boil crawfish – be on the lookout after Easter for that – but today we’ll be discussing what to do with leftovers from the boil.

Connie has always encouraged me to make something after the boil with the leftover potatoes, onions, corn, sausage, and crawfish. So on Saturday evening, I asked the group what they would like for dinner. Some staples using leftover crawfish are étouffée, bisque, potato salads and gumbos. I decided to make an “After the Boil” soup! I was kind of like an episode of “Chopped!” or a “Top Chef: Quickfire.” I was in an unfamiliar kitchen, where I knew where nothing was located but had some great “sous chefs.” And by no means am I calling myself a chef.

Here’s what we did!

We finished peeling the 20 lbs of crawfish which yielded about 4-5 cups of crawfish tails. I chopped up the leftover onions, sliced corn off the cob, smoked sausage and peeled about 10 potatoes. I only added two more items to the soup, 1 pint of milk and one bell pepper (all they had was a yellow bell pepper so I made do). 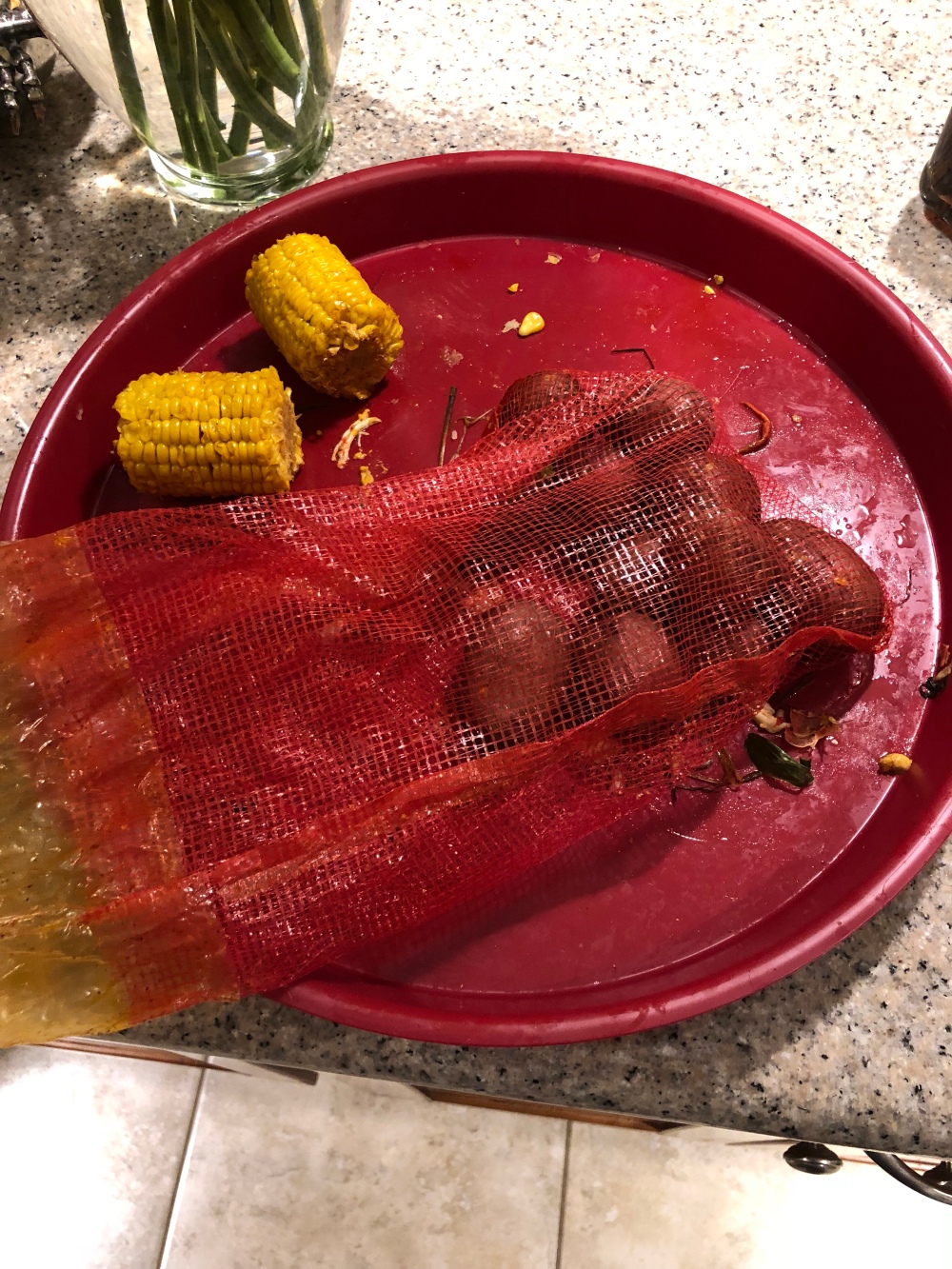 The chopped onions and bell peppers went into another stock pot to brown and sweat.

Then the peeled potatoes went into a blender with the pint of milk to whip together. Once whipped, I added the potatoes to the onions and bell peppers to mix in with each other. When the stock was ready, I added it to the potatoes mixture and let it incorporate. I added more chopped potatoes, the sliced corn from the cob, and then added the crawfish tails. I let the soup reduce down and seasoned to taste. 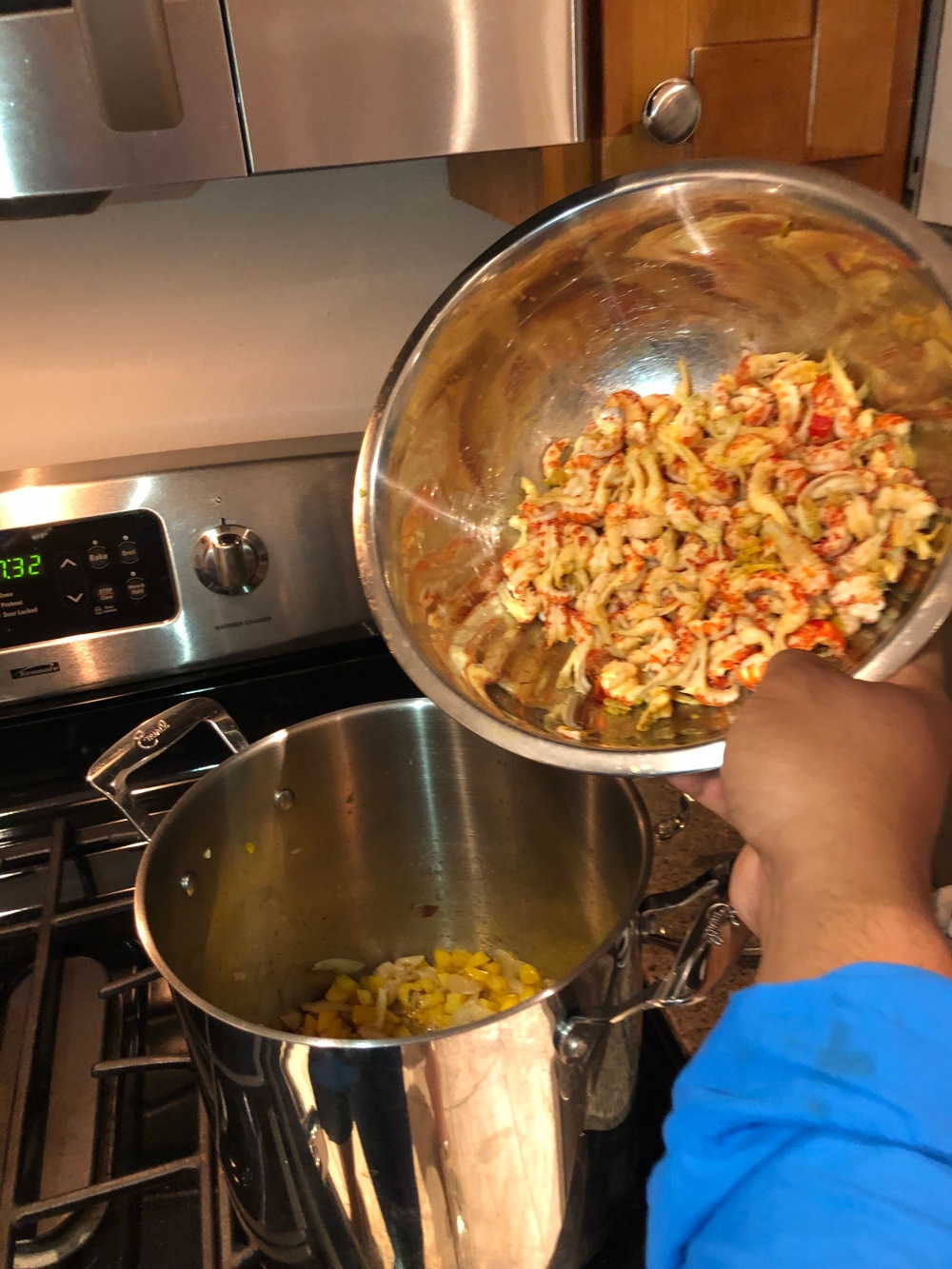 The finished product was unbelievable and fun to create! It taste just like you thought an “after the boil” soup would taste – DELICIOUS!