Did you ever read Anne of Green Gables? Maybe watch the miniseries? It’s about a red-haired orphan adopted in the fictional town of Avonlea on the real (and beautiful) Prince Edward Island, Canada in the early 1900s. Her head is always in the clouds and she goes into reveries about the beauty of springtime (more understandable if you’ve seen that scenery).

Anne is definitely over-the-top, but I understand her rapture when it comes to one thing: tomatoes. I LOVE tomatoes. Specifically in-season, farm-fresh, locally-grown, right-off-the-vine, summer tomatoes. They are among the few things in this world I get prissy about. I hate buying them in stores out-of-season and I’m so often disappointed when they appear, subpar, in restaurant salads and sandwiches.

But the time is now.

As mentioned in our gardening post, my dad is a retired horticulture professor, which undoubtedly stemmed my obsession. Part of his LSU AgCenter duties included hosting public field days at experimental crop stations throughout Louisiana. I tagged along on a few throughout the years, including the tomato days. The staff cut up different varieties for tastings. Celebrity was my favorite—juicy but not too sweet, firm but still plump, and absolutely reeking of summer freshness. 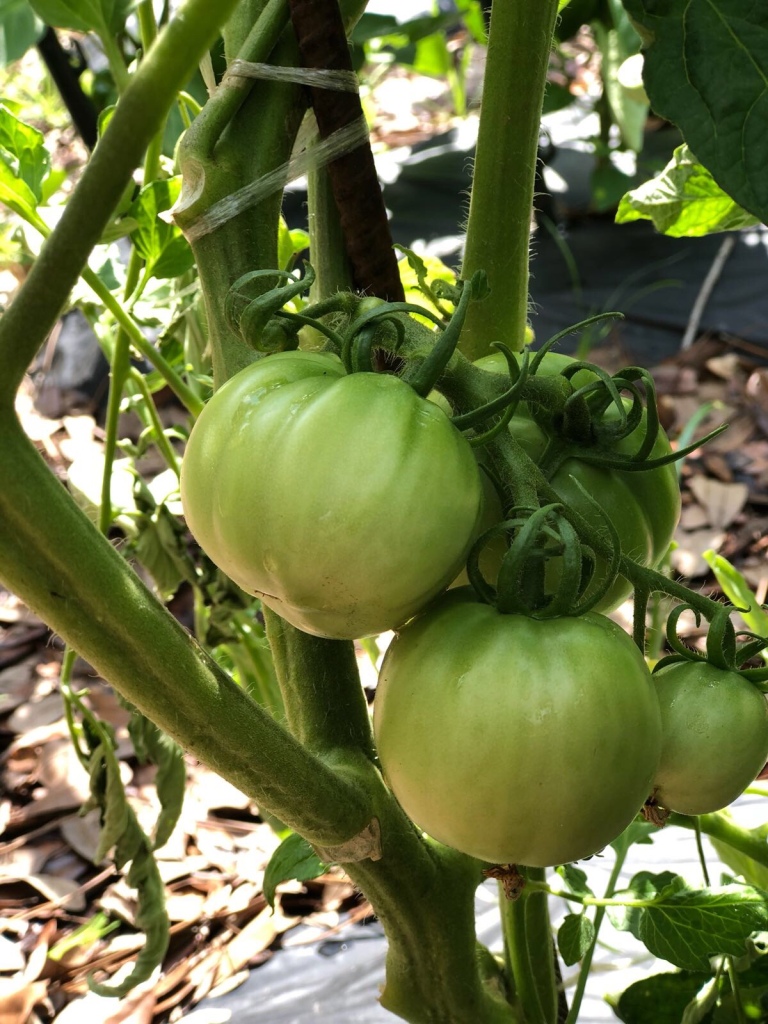 One of my favorite #JimmyBoudreaux memories is his final tomato field day before retirement. Afterwards, we celebrated at a local burger restaurant where dad brought a grocery bag of tomatoes. He explained to our waiter that we wanted HIS tomatoes on our burgers. I doubt they ever got a request like that before or since, but they complied. And it was delicious. I feel like in today’s food culture this could be an expandable concept, like bringing in your own wine. I’d pay a tomato corking fee.

How do I enjoy them? Few things can best a tomato sandwich and it’s maybe what made me first fall in love. I only bother making homemade mayonnaise for these beauties. I view bacon and lettuce as optional—this bright red summer vegetable is my star. (OK, fruit if you want to get all botanical about it. But Jimmy the Ph.D. says veggie so I do too.) Caprese salads are a no-brainer, as mozzarella cheese is involved. Goat cheese or feta are equally delicious.

However you’re eating them, always salt and pepper—it brings out the brightness. In fact, the official Boudreaux summer salad is just tomatoes, cucumbers, salt and pepper. You’ll swear the most delicious dressing tops the veg, but it’s just their juices merrily marrying in summer’s bounty. I cut them the way my MawMaw swore they tasted best – laterally first, then cut chunks off.  I’ve had some luck with this recipe for oven-fried green tomatoes as well, except we dip it them in Sriracha mayo (this is #CajsianCooking after all). In addition to this list of hits, they’ll undoubtedly also appear in our kitchen in pastas, on pizzas and mixed into sauces.

What do you love as much as I love tomatoes?